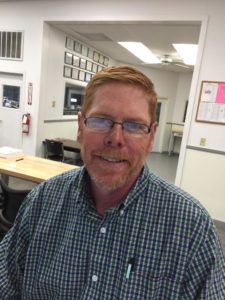 Jimmy is the General Manager. He started out ​in 1988 as portable exchange tank driver. Jimmy has worked almost every job in the company. While he worked in the service department he pursued his college degree from WTSU. After graduation he took over the reins as General Manager and personally handled most sales calls for several years. He’s been the individual most of our customers have worked with. He still is a hands-on manager and enjoys talking directly to customers. Jimmy is married to Diana. He has two sons. They have a cabin in NM that they occasionally escape to. Jimmy also likes to golf and ain’t half bad.
*HE is the world's most efficient water softener when configured with proportional up-flow brining and Aqua-SensorTM